This week saw the final sitting of the year with Parliament adjourning until the first week of February 2021. After a challenging year for us all, I wish all Canberrans some good times with friends and family and rest and relaxation over Christmas and the festive season. I want to thank all Canberrans and any other readers of this newsletter for all you have done to keep yourself, your family and your community safe during the bushfires, the smoke, the hail and of course, the COVID-19 pandemic.

This week I visited Narrabundah Children’s Cottage to launch www.childcarecalculator.com.au with Labor leader, Anthony Albanese and Amanda Rishworth, Labor’s spokesperson for Early Childhood Education and Care. Labor has a plan to make child care cheaper for 97% of Australian families, with a strong focus on helping primary carers, mainly women, to make a choice to return to the workforce, or increase their days of work, when it suits them. For many women, the current system penalises them financially when they return to work full time. This isn’t fair and it is bad for our economy. If you have children in care, check out the calculator to find out how much you will save under Labor’s policy. 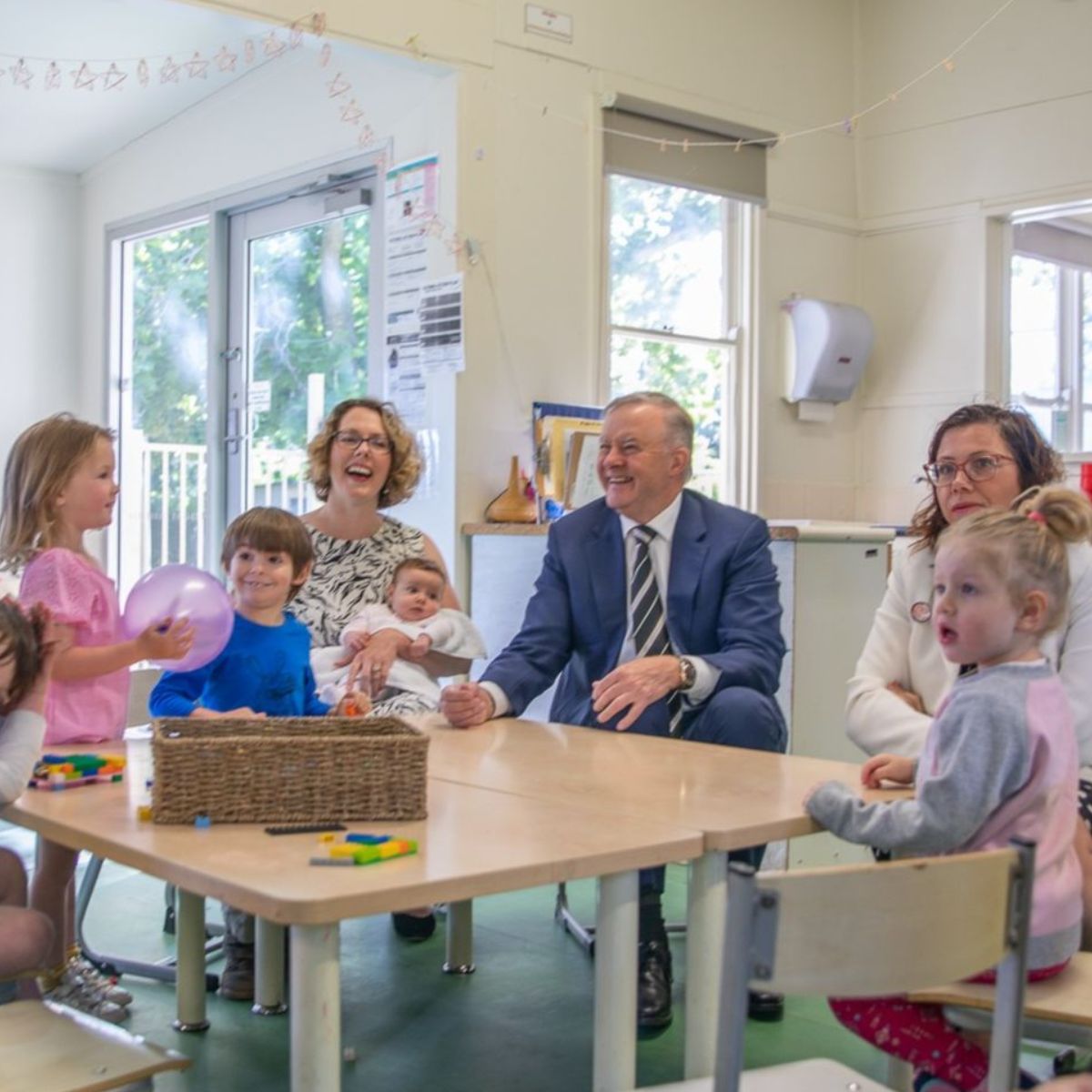 At Narrabundah Children's Cottage with Anthony and Amanda.

Amanda Tobler, CEO of Community Services #1, which runs the centre, gave us a tour and I want to thank Amanda and her team for all the work they do for the Canberra community across a broad range of community services.

Recharging over the festive season will be important, because if this final week in Parliament is anything to go by, the Morrison Government is reverting to its mean old conservative ideologies after almost a year of “all in this together”. This week in Parliament saw the Morrison Government attempt to make permanent the discriminatory Cashless Debit Card. Despite research that shows that the card does nothing to achieve the stated aim of decreasing alcohol and drug abuse in communities, the Government pushed forward with plans to make the card permanent. This card makes life even harder for social security recipients who are already living on the margins. Fortunately, the Senate was able to defeat the Government’s moves to make the card permanent. However, the discriminatory trials continue, with many of the trial sites also home to large populations of First Nations peoples.

The Morrison Government also introduced a Bill that strips away the rights and wages of Australian workers this week. There is no doubt that this year has been a really tough battle for businesses here in Canberra and across the country. At the start of the pandemic, Labor called for the creation of JobKeeper and then supported the Government to ease employment laws to ensure business could get through the recession. Labor has agreed to support the Government’s changes if they will deliver secure jobs with decent pay. This new Bill doesn’t do this, but instead reduces wages and job security. Labor knows that an economy isn’t stimulated when workers have less money and less job security – in fact the opposite is true. That is why we are fighting this bill.

For those of us who want a change of government, 2021 will require everything we have to campaign for a more inclusive Australia. Labor is currently in the process of finalising our National Policy Platform, through an extensive consultation process including Labor party members from around the country. You can read a Consultation Draft here. I’m proud to be part of a party that values policy formulation and member involvement in this so highly. Whether the election is next year or early 2022, I am really looking forward to putting forward Labor’s agenda for a better Australia and I know our supporters are eager for us to do this too.

A few other things happened in Parliament this week which are worth mentioning:

In the new year, my office will be focused on building up our volunteer ranks. If you are interested in volunteering, please get in contact here.

Before Christmas I will be holding two more constituent Coffee Catch Ups and would love to see you there if there’s anything you’d like to discuss with me.

Finally, best wishes for the festive season. Stay safe and I look forward to hearing from you and advocating for our community in 2021.